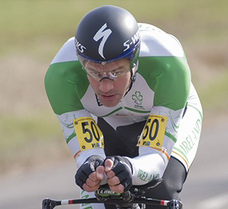 Wow. It's been a while, huh? Yes - I've been neglecting my blog for quite some time. Why? Well, because I've been focussing on the important things so far this year! Training, racing and attempting to promote those that I'm working with this year.

I'm on a bit of a break this week (first one since October/November) and thought it would be a good time to catch up on what's been happening so far this season.

So, when we last left off I was still in the heart of my winter training. Multiple trips to Majorca and a new coach put me in good shape going into the start of the season. Power is up and weight was down so was looking forward to getting on the TT bike to see what I could do. There a few early-season TTs I do every year to test my form in relation to previous years. Unfortunately, due to roadworks, these events had to be moved to different courses meaning I was unable to do a like-for-like comparison on the same courses.

Nevertheless, I went out there determined to put in some solid times. And that I did! I found I was beating people that I've never come close to in previous years. All good signs! These events were followed up by the start of the Club 10 TT season. I've been doing these for several years, week in and week out, so I have loads of data to compare. I can tell my relative form from my times and power outputs.

And more good news. I have started this year about a minute faster than last year! That is a huge margin. Not only that, but last week I actually won the Club 10 for the first time... ever. And tonight I'll be heading out to the course, rested and ready to see if I can beat my best-ever time on it! Which will be tough given that it's only April and my PB was set in the warmth of July!

This past weekend I also had the chance to participate again in the National Paracycling Time Trial Series (formerly the Rudy Project). Unlike previous years, there are a LOT more entries, making winning events much harder. The quality of the field is growing along with the numbers. A good sign for events to come. 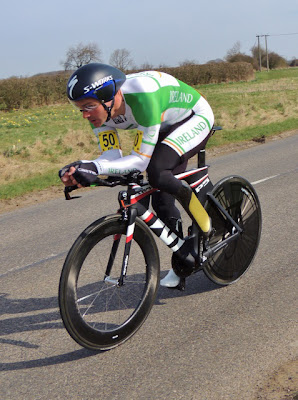 The first event was actually cancelled due to weather conditions (snow), so this was 'round 2'. Was held on a course that I had won on before so was looking forward to racing there again. A couple of GB Paralympic athletes in the field also meant I would have my work cut out for me to get a win. But win... I did. I was beaten by 1 second by one of the GB riders, but with the factoring system I easily took the win. One of my main competition suffered a flat, so not sure how I would have fared against him, but I'm sure there will be many more battles to come!

This coming weekend I have break from the TT scene and will get out on the road bike for my second road race of the year. It's not something I'm focussing on this year, but it's important to keep my toe in the water. When it comes to World Cups and World Championships, I still have to do the road races so important to keep those skills!

Next weekend I will be heading to Ireland (at last) to participate in the Cycle4Life charity ride with Dan Martin. And given his recent successes, it should be a fantastic day out! (In case you're reading this and haven't already sponsored me - a fiver or more would not go unnoticed. The money isn't for me - it's ALL for the charity: http://www.mycharity.ie/event/ttworldchamp/). Any help is greatly appreciated.

Lastly, I'll be off tomorrow to finally get my TT bike set-up correctly and do some aero testing. Despite putting in some fast times this year, I'm still struggling to get comfortable and get all my power out - so hopefully this should help solve that problem!

Thanks for stopping by and I hope to have some updates on a slightly more regular basis now!